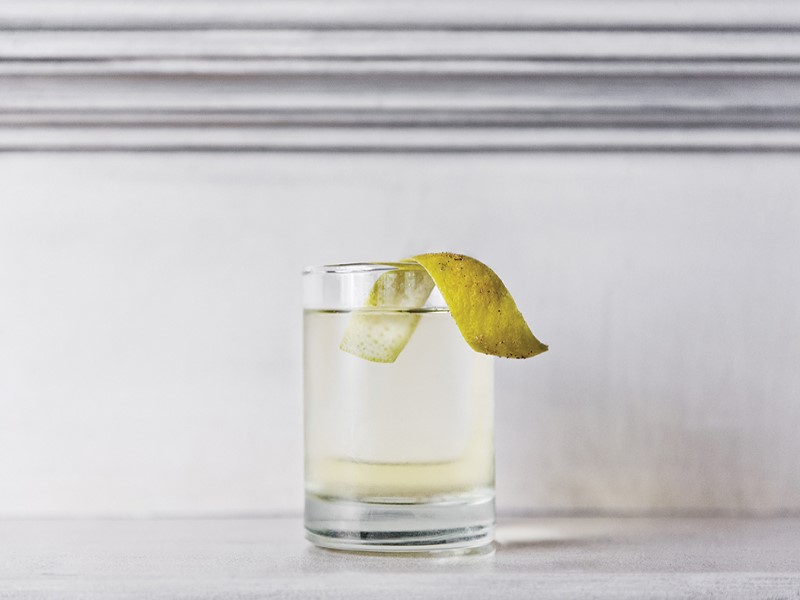 Putting last week’s cheese ball recipe back in my mom’s book, a milk punch recipe was in plain sight. Milk punch? Not the New Orleans version I remember drinking in the Crescent City.

Isn’t it amazing when you inadvertently stumble across something that gives you an idea? But wait, this is a cocktail made with milk that turns out see-through? Ah, chalk it up to some liquid alchemy; another reason to love food science!

In the 1700s, milk punch was a popular boozy concoction in Great Britain that made its way to America. Don’t let the name fool you. It’s far from cloudy and is usually crystal clear.

By the end of the 18th century, its popularity waned and faded into oblivion. About 150 years later, perhaps because of their curiosity combined with their skills, modern mixologists are responsible for its resurgence.

When adding spirit mixture to the milk, not milk to the spirit, milk curdles when its pH gets low enough. Doing it in reverse exposes milk to a sudden pH drop, making it curdle immediately, before it has a chance to mix with the spirit and bind the polyphenols.

After the proteins coagulate and grab all the stuff suspended in the drink are drained off,  voilà—a translucent cocktail with a silky and rich texture results. The texture happens when just the milk’s casein protein curdles; like when making cheese. The whey proteins remain, and they add a lot of body.

When sipping milk punch, prepare yourself to be wowed by how much flavor and richness you’ll taste.

Although milk punch isn’t on the menu, two fabulous craft cocktails – Falling & Spicy and Winter Old Fashioned – are on mixologist extraordinaire and Whiskey Del Bac Brand Ambassador Jax Donahue’s Dec. 29 hands-on Whiskey Wednesday Del Bac Style class. A fun bonus: It takes place at the distillery and if you’re not in Tucson, a live Zoom option is available. It’s a great gift to give or receive.

Cheers and wishing you joy in the kitchen,
Michele

Mary Rockett’s Modern Milk Punch
Updated from the original with addition of orange.