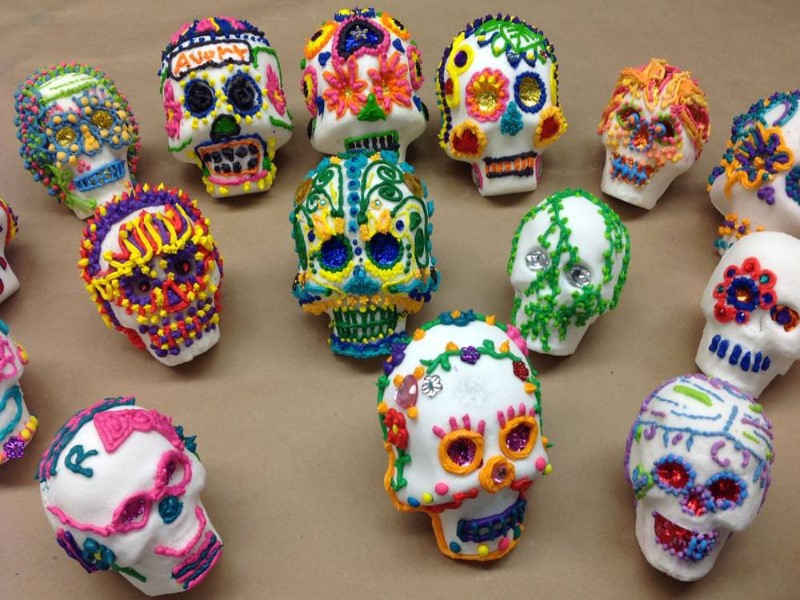 I love calaveras or sugar skulls. Long before knowing their true meaning and significance, the colorful embellishments and artistry of the decorators creating one-of-a-kind folk art sculptures were captivating and beautiful.

I always make sure to get loads to share from La Estrella Bakery before Nov. 2, when we celebrate Día de Los Muertos. The loss of my mom seven years ago was the inspiration to learn about the holiday’s traditions and the baker in me decided there was no better place to start than with sugar skulls.

Their heritage dates to prehistoric times when the skull was a predominant figure in Mesoamerican (Mexico and northern Central America) societies and cultures in varying aspects and depictions. One was the tzompantli, a wooden rack which displayed the skulls of war prisoners or human sacrifices. These civilizations believed in a spiritual life after death. The skulls were an offering to Mictlantecuhtli, god of the underworld who’d assure a safe passage into the land he ruled. The tzompantli could also be an altar illustrating the journey from the earthly life into the spiritual one.

With the arrival of the Spanish conquerors and their religion, this ritual of commemorating the dead intertwined with two Spanish holidays: All Saints Day (Nov. 1) and All Soul’s Day (Nov. 2). Part of the ancient tradition was kept alive by maintaining the figure of the skull in a sweet confection placed on a tombstone or an altar as part of ofrendas or offerings to the deceased.

The reason for the brightly colored rather than black and gray sugar skulls? It’s not used not as morbid symbol but as a whimsical reminder of the cyclicality of life, and to celebrate the lives of those who are gone.

I hope you consider honoring and celebrating your beloveds with a favorite beverage, meal or treat with joyful remembrance of their lives and the impact they had on you. Just because they’re no longer with you doesn’t mean they’re totally gone – we keep them alive in our hearts and memories. 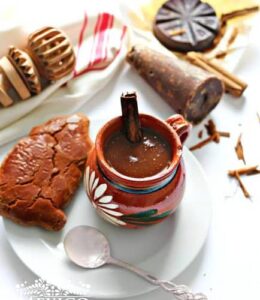 1. Pour water and milk into a medium saucepan. Add the sugar and canela stick. Set the saucepan over high heat and bring the liquid to a boil, stirring to dissolve the sugar.
Reduce heat to medium and add the chocolate pieces, stirring to incorporate the chocolate as it melts.
2. Reduce heat to low and whisk in masa harina a little at a time, stirring constantly until the mixture is smooth.
3. Continue to heat the champurrado over low heat, whisking regularly, until it’s silky and thickened, 12-15 minutes. Remove from the heat, discard the canela stick and serve as is or with a dollop of whipped cream.
4. Refrigerate any leftover champurrado in an airtight container for up to 3 days. Reheat in a saucepan over low heat or in the microwave, adding water or milk as needed for desired consistency.