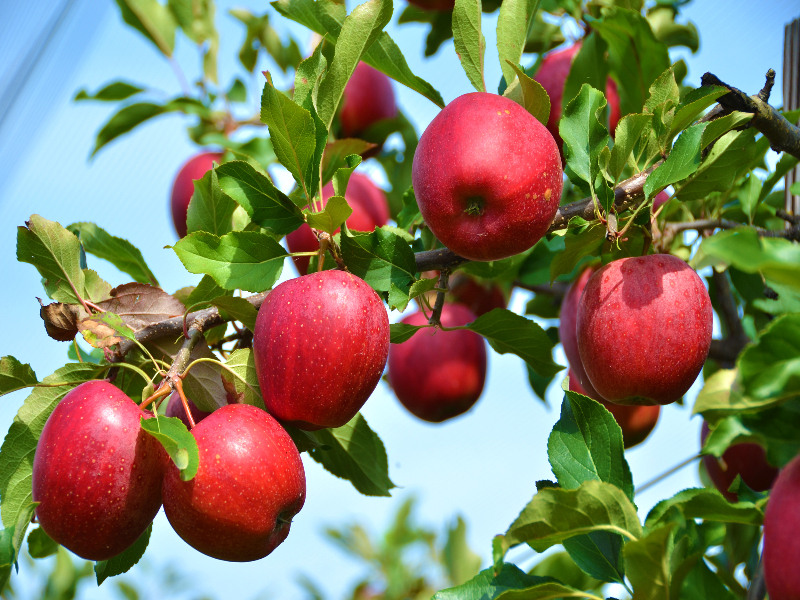 An Apple a Day

A conversation with beekeeper and sommelier Noel Patterson about the fresh fruits, nuts and cheeses to pair with his six Sonoran Desert honeys in tonight’s class was moving along just fine until he said it was important to serve low acid apples.

Low acid apples? I’ve never given that a thought when choosing what to buy. I know what varieties are good for baking, making applesauce or what I like to eat and that sums up my apple smarts.

That kind of knowledge is what separates Noel and his chef, baker, pastry chef and mixologist colleagues from us home cooks.

It’s more than just knowing all that kind of stuff; it’s at the core of everything they create. We’re the lucky ones who get to savor their flavor profile combinations as they choose what ingredient to make the star and what’s the supporting cast.

That’s the circuitous route to the subject of apples. In case you’re wondering, Gala and Pink Lady are among low acid varieties.

Originating in Central Asia, its wild ancestor, Malus sieversii, is still found today. Apples have been grown for thousands of years in Asia and Europe and in the 17th century were brought to North America by European colonists. In 1625, the first American apple orchard was planted in Boston.

There are more than 7,500 known apple cultivars with about 2,500 varieties grown in the U.S.

From August-October, Apple Annie’s Orchard in Willcox harvests Braeburn, Criterion, Fuji, Gala, Golden Delicious, Granny Smith, Pink Lady and Red Delicious. You can purchase them already picked or head into the orchard and gather your own.

Classes
Want to take a daytime class? On May 3, join Chef Barry Infuso in partnership with Slow Food Southern Arizona for Italian heritage pastas and sauces.

How about letting kid chefs show their love for moms, stepmoms, nanas or other role models in their lives in a Mother’s Day class on May 7? For ages 7-10 kid chefs, they’ll decorate floral cupcakes that’ll become a bouquet.

Stayed tuned for the details for these May and June classes:

On May 23, Joe Gauci of Malta Joe’s Baked Goods will teach how to make his famous ricotta pastizzi – golden brown, filo dough crust baked savory pastries popular on the Island of Malta – with a rich history dating to medieval times.

On June 14, Pastry Chef Kayla Draper, of the hit new restaurant BATA, will create sweetness with Father’s Day in mind.

1. Pare and slice apples and arrange in a well-greased shallow baking dish. Sprinkle with sugar and cinnamon and dot with butter. Cover with biscuit dough which has been rolled to about ½-inch thickness. Bake at 350°F. about 30 minutes.
2. Serve hot. To serve, cut out squares of the biscuit, turning squares upside down on the crust, then covering with unbeaten nutmeg-flavored and sweetened heavy cream.
Note: Cob Pie (Rhode Island) is pandowdy sweetened with molasses instead of sugar.