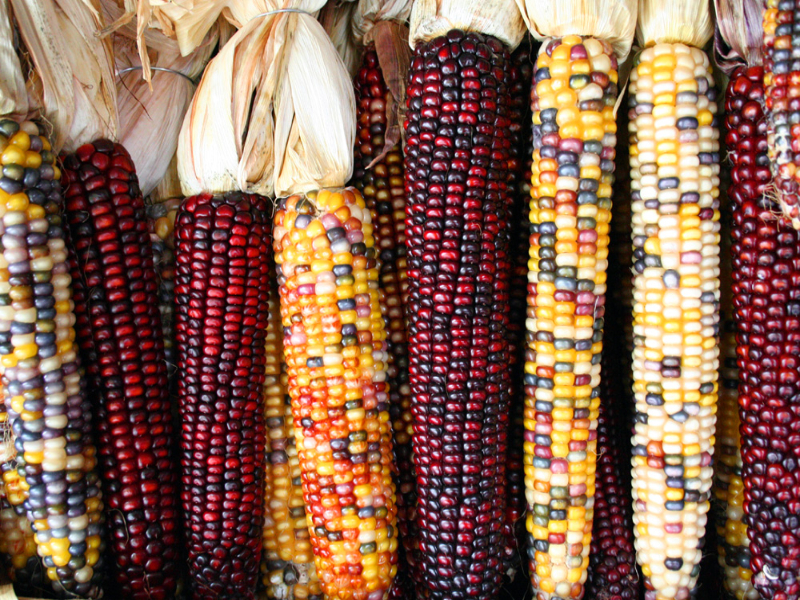 On my weekly trip to Sprouts Farmers Market, I indulge myself with the same treat – a small piece of cornbread.

It’s nirvana akin to fresh Jersey corn from a farm stand where you pay by putting your money in a coffee can, my nana’s corn fritters, my mom’s cornbread stuffing, Pennsylvania Dutch corn pudding and the calabacitas I’m eating as I write this.

Sure, there are lots more favorites on the list, but for now, that’s my top 5. What’s on yours?

The maize we know today is about 6,000 years old. It’s believed to be derived from teosinte, an earlier ancestral plant. Maize was domesticated in Mesoamerica, the region now Mexico.

Since it’s nutritious, easy to store and carry, adapts to diverse growing conditions and provides food and fuel, it became a staple food for most American and Caribbean cultures.

After Europeans arrived in America, they took it home and it spread around the world. Domesticated through centuries, maize nourished the mighty empire civilizations of the early Americas – Mayans, Incas, Aztecs and Anasazi. Treasured and worshipped, maize was the center of their worlds.

Doesn’t it make perfect sense then for the nonprofit Tucson City of Gastronomy to inaugurate Pueblos del Maíz Fiesta in partnership with three other UNESCO designated food heritage cities – San Antonio, and Mexico’s Merida and Puebla?

On Friday at the Hotel Congress, Maíz Showcase, a bocadito dinner from some of Tucson’s finest chefs, will take place. The maize-theme menu will feature 10 small plates, Pueblo del Maiz signature beer from Borderlands Brewery and more.

Upcoming Classes
The April 12 Spring Gnocchi Italian and Parisienne Style is sold out.

In the April 14 Easter Egg Cake Decorating Workshop, you’ll create a one-of-a-kind three dimensional cake that will wow your family and friends.

On April 19, the yummiest dish you may have never heard of or eaten – Bánh Xèo – savory Vietnamese crepes is sure to become part of your repertoire.

It’s all about the buzz of Sonoran Desert honey on April 27 with a tasting of 6 local flavors on fresh fruits, cheeses and nuts.

On May 3, and in collaboration with the Slow Food Southern Arizona chapter, Italian Heritage Pastas of Farfalle & Fettuccine with Marinara & Pesto Sauces are on the menu in this daytime class. 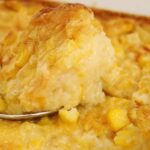 1. Heat oven to 350°F.
2. Beat egg yolks and add to corn; mix thoroughly. Stir in milk and seasonings.
3. Beat egg whites to stiff peaks. Fold into mixture.
4. Pour into a buttered baking dish, set in a roasting pan then fill pan with hot water and bake 30 minutes or until a knife inserted in center comes out clean.