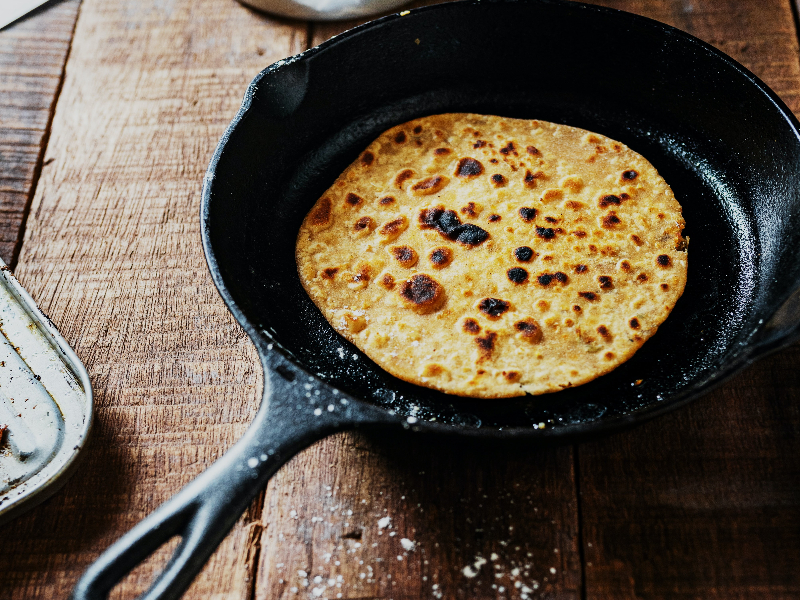 It started with subliminal messages that sometimes I paid attention to and sometimes not. Did I miss the wave of a new trend of something that’s been around for centuries? I guess so.

Have you noticed flatbreads are on so many menus? And from restaurants you wouldn’t expect to feature them. It made me wonder, did chefs get together and hatch a plan to get us to sit up and take notice of piadina? While that likely didn’t happen, we’re lucky it’s back in vogue.

During Ancient Roman times, they were cooked on hot slabs. As civilization progressed, it became an inexpensive and reliable food source in both times of prosperity and famine.

“But you, Maria, with your bland hands tame the dough and then you spread it out and smooth it out;
and behold it is smooth as a sheet, and as large as the moon;
and on your open hands you give it to me,
and you soften it on the warm text, and then you go away.
I turn her around and stoke the fire beneath her with tongs,
until she screeches, invaded by the mild heat, and swells into bubbles:
and the smell of bread fills the house.”

In the northern Emilia-Romagna region, early ingredients were flour, salt, lard (the region is pig country) and water, and were baked on earthenware tiles set over an open fire. Baking powder appears in contemporary versions as a leavening agent with cast-iron skillets the cooking vessel.

You only need about an hour so why not give it a try? Instead of sandwich bread, they’re a fun option for Italian meats like Prosciutto di Parma or salami; figs with goat cheese; roasted red peppers with arugula or sautéed broccoli rabe; or even with Nutella.

On November 21, with Rollies Mexican Patio Chef/Owner Mateo Otero, you’ll cook dishes not on the restaurant’s menu but ones he makes for family and friends. Sonoran Style Korean Kalbi Short Ribs have his spin using Mexican beer and chiltepin in the marinade; Red Chili Nopalitos topped with Queso Fresco and for dessert, Caramelized Banana and Marzipan Crumbles Nachos – multiple layers of deep fried flour tortillas with cinnamon sugar, ice cream and marzipan crumbles.

How about those Wildcats beating UCLA? From my armchair vantage point, I say it was an amazing effort by the defense. Why not hear from the d-line coach himself on Dec. 2 in Cooking with the Wildcats – Food & Football with Coach Ricky & LaMonte Hunley? Spend Friday evening talking football and cooking along with Ricky and LaMonte, who know their way around the kitchen like they did the football field. On the menu: Lemon and Wine Marinated Baked Salmon; Bok Choy Salad with Strawberry, Pear, Apple, Jalapeño and Sesame Seeds; Sautéed Spinach; and Key Lime Pie.

Want 10 dozen biscotti with no dishes to do? On December 3, it’s Take & Bake: Almond Biscotti with Executive Chef and Slow Food Southern Arizona Chapter President Barry Infuso. We’ll start the morning with a hot beverage that’ll be perfect for dunking some already made twice-baked cookies. You’ll make and take home dough ready for the oven.

Once you make fresh panettone, the holiday Italian sweet bread showing up on store shelves, you’ll never buy it again. Made months in advance, preservatives keep it soft. Instead, on December 10, join Executive Chef Barry Infuso and learn to make and bake it in a paper bag, proving fresh is best. We guarantee it’s so amazing, you’ll never buy it readymade again. Light and fluffy, buttery and chock full of dried fruits, the yeast-leavened, mouth-watering bread is often thought of as dessert. You’ll make enough dough to bake four 1 pound breads to keep or give as gifts.

1. In a food processor fitted with metal blade, pulse flour, baking soda and salt until combined, 5-7 times. Add oil and process until no signs of oil remain, about 10-15 seconds. With motor running, slowly add water until dough forms into a ball that clears the sides of the bowl, about 30-60 seconds.
2. Transfer to counter and knead 15-20 seconds until smooth. Divide into 4 pieces then roll each one into a tight, smooth ball. Loosely cover with plastic wrap; rest 30 minutes.
3. Lightly dust counter with flour. Taking 1 ball at a time, keeping plastic over the others, pat into a 5-inch round then roll into a 9-inch round, flouring counter as needed to finish other balls.
4. Set a 12-inch cast-iron skillet over medium heat for 3-4 minutes or until a drop of water sizzles. Use a fork to prick dough all over, then carefully place in skillet. Cook 1-2 minutes until brown spots form. Pop any large air bubbles. Use a spatula to flip and cook 1-2 minutes until brown spots form and flatbread is pliable.
4. Remove, place on a plate, carefully fold in half. Keep warm by covering with a kitchen towel. Repeat process with remaining dough. Serve warm.
Note: To use lard, substitute ¼ cup for the oil. Olive oil isn’t recommended. 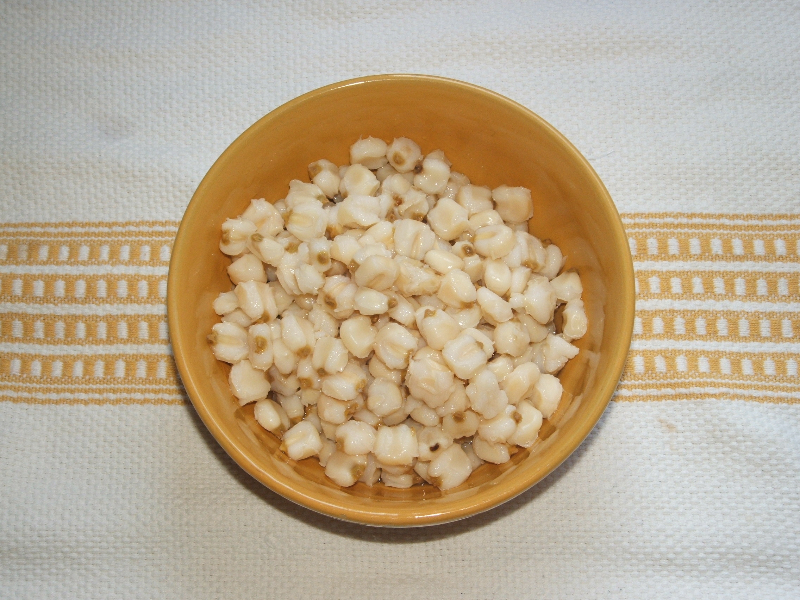 Strolling the grocery store aisle, I spy a large red can, ginormous really, on a bottom sh