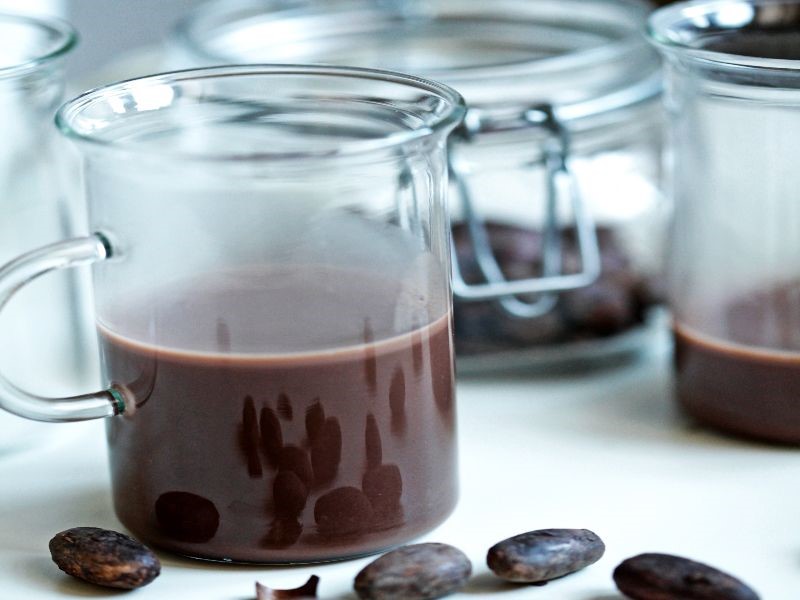 I love science! Maybe that’s one reason why I’d rather bake than cook.

Do you know the tree’s scientific name, Theobroma cacao, is ancient Greek for food of the gods? Drinkable chocolate was used medicinally by Mesoamerican civilizations as early as 600 B.C.

A team at the University of Birmingham found people given a cocoa drink containing high levels of flavanols were able to complete certain cognitive tasks more efficiently than when drinking a non-flavanol enriched drink. Lots of other scientific journals tout its beneficial uses, too.

The British team discovered that after drinking hot chocolate, participants’ blood oxygenation levels increased up to threefold, and their test times and accuracy rates improved. They also proved every participant’s performance improved when researchers added extra flavanol into normal hot chocolate, according to the study, which notes brain power is linked to oxygen levels.

There’s only a couple of ground rules for making yourself smarter:

• None of that pre-packaged just-add-water stuff!
• Dark and raw: The darker the chocolate the less sugar is added. Aim for at least 70% cacao content. And raw cacao is even better. The more cacao is processed, the more flavanols are destroyed.
• Organic: Non-organic cocoa may contain residues of the dangerous herbicide glyphosate (the active ingredient in Roundup), and other pesticides used in conventional farming.
• For a lower-fat version, consider plant-based milk. Sweeten with natural ingredients like honey and pure maple syrup (grade B is less refined), but don’t go overboard.

Cheers to a daily morning mug of dark chocolate and wishing you joy in the kitchen!
Michele

1. Heat milk in a small or medium saucepan, depending on the amount you’re making, and warm slowly to less than 100° F.
2. Add cacao and whisk or use a frother* until evenly blended.
3. Mix in maple syrup.

*Note: a frother is a fun tool to have since it incorporates air into the milk, giving it a creamy texture and also works on any kind of milk.