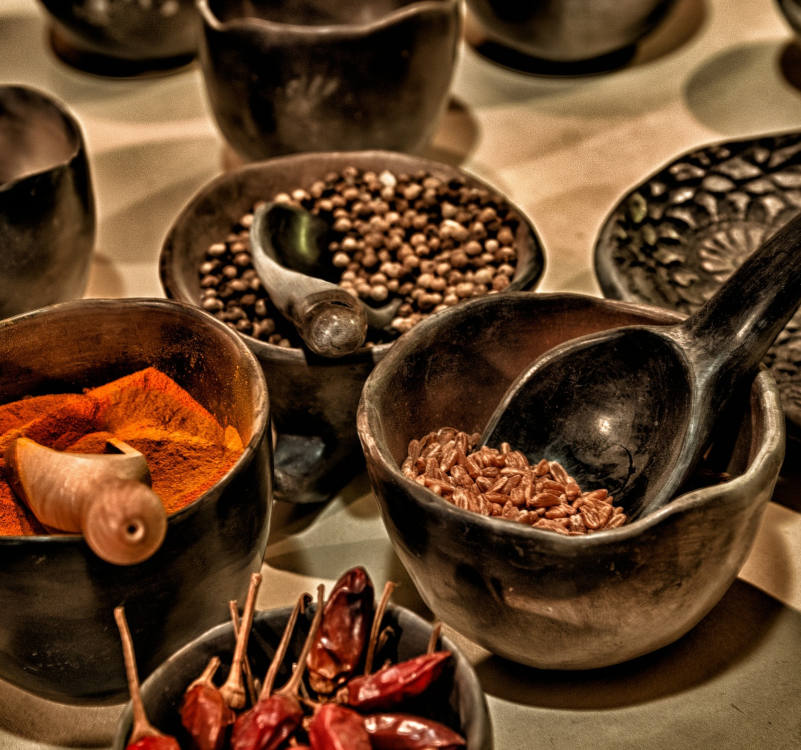 Imagine for a moment that whatever dish you cook, the emotions you felt when preparing it were magically transferred to all who eat it. If you cook with love more times than not, that would be a good thing!

In the magical novel and movie “Like Water for Chocolate,” that’s a gift main character Tita possesses. Set in northern Mexico during the Mexican Revolution at the turn of the last century, author Laura Esquivel tells the story of Tita, who as the youngest daughter in her family, must abide by tradition and care for her mother instead of going to school and eventually marrying.

Food is vibrant and center stage against the backdrop of love, passion, anger and deception. Tita’s cooking has mystical effects on all who eat her dishes as they become filled with the emotion she felt while creating the meal – love, rebellion, longing and frustration.

The kitchen table was where Tita was born, foreshadowing the importance food and cooking would play in her life. Each of the book’s 12 chapters open with a recipe playing a role in the story, coupled with Tita’s emotions as she prepared the dish and the resulting effects on those who ate her food when her emotions are intertwined with their own. 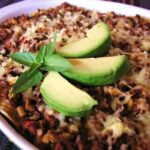 Champandongo, a hearty meat dish layered with tortillas and brought together with a rich poblano molé sauce, is the book’s August dish. Unfortunately, it isn’t mentioned in the movie, and with just passing reference in the book. While it won’t win any oohs and aahs based solely on its looks, its taste is where the deliciousness lies.

In a large skillet or sauté pan over medium heat, add several tablespoons of oil, enough to coat the bottom of the pan and sauté onion until translucent. Add beef and pork, sprinkling meat and onion mixture with cumin and sugar. Once beef and pork are golden brown, add tomatoes, nuts, orange juice and zest. Stir to combine and turn off heat.

In a bowl, combine molé into the chicken stock and stir constantly until molé has a thick, soupy consistency. Heat tortillas in 1-2 tablespoons of oil in a skillet just until warm and stack to one side.

Spread the cream on the bottom of a large casserole dish. Top with a layer of tortillas, then a layer of the meat mixture, then the mole and finally the cheese. Repeat this process as many times as necessary until the dish is filled, ending with the cheese.

Bake 15 minutes or until the cheese melts and the tortillas are softened. Slice into squares and serve immediately, perhaps with refried beans, rice and a salad. If desired, garnish each serving with fanned avocado slices.

Heat the oil in a medium saucepan over medium heat, add the onion and cook until translucent and tender. Mix in cocoa powder, cumin, cilantro and garlic. Stir to combine, then add tomato soup concentrate and chili peppers.

Bring to a boil, reduce heat to low, cover and simmer for 10 minutes. Spoon on top of the meat layer.

Stay tuned for big news coming next week regarding classes!

Remember to cook with love and see what magic you’ll weave to those who’ll share in this meal.

Wishing you happiness in the kitchen,
Michele