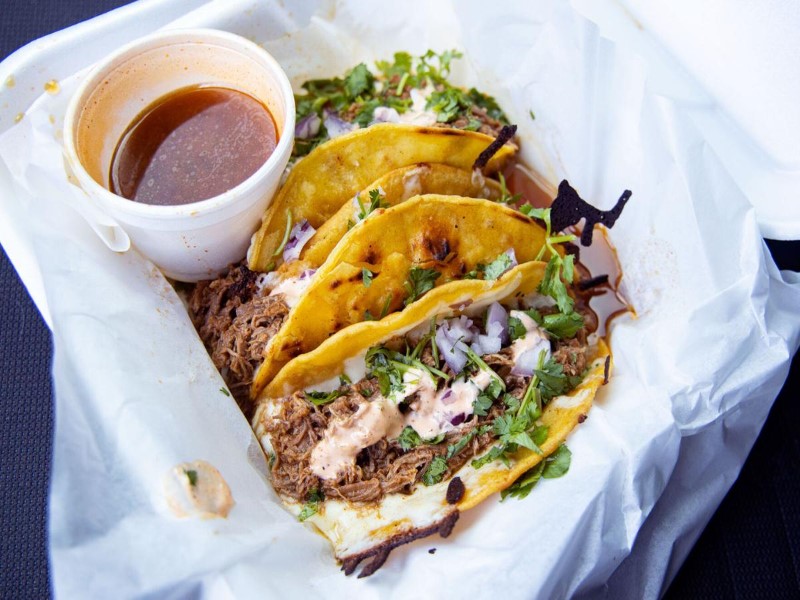 The Best 23 Miles of Mexican Food is in Tucson?

With 4,000 years of documented food history and the designation as the first American UNESCO City of Gastronomy, Tucson also lays claim to the best 23 miles of Mexican food in the United States.

You’ve probably seen the purple signs around and near downtown reminding us of the amazing food choices melding culinary and cultural traditions. South 12th Avenue is the heart of our borderland’s food culture, where Mexico’s influence can be found everywhere.

So many choices. Where do you start? That’s easy.

On Friday, August 27, join two genial and knowledgeable foodies—KVOI’s Chris DeSimone (also the driving force of the 23 mile designation) and Visit Tucson’s Felipe Garcia for Tucson After Dark: The 23 Miles of the Best Mexican Food Tour.

Since 1986, La Estrella Bakery, where pan dulce (sweet bread) dreams are made and come true, kicks off our culinary adventure. You’ll learn all about their Mexican delicacies from Isabel Montaño, the manager and daughter of owners Antonio and Marta Franco. Named Best Dulceria by Tucson Weekly 2017-2020, the real treat is eating the concha, empanada and tricolor and ginger cookies.

The El Merendero building may have started out in 1965 as an A&W restaurant but when the Bohon family bought it in 1986, the cuisine changed to authentic Mexican and seafood. Both are the stars with their cheese crisp and Chicharrones de Camarón, crispy deep fried shrimp chicharrones accompanied by mayonnaise and salad.

Chef Mateo Otero, a fifth generation Tucsonan and since 2017 owner of Rollies Mexican Patio, calls the array of food he serves as Sonoran Chicano. Dishes like his nana used to make and the kind savored in Tucson for more than 100 years. In 2020 and 2019, he was named the city’s Best Chef by Tucson Weekly. You’ll eat his tacos that have a cult following – Birria (Mexican beef stew) Rojo Cheesy Tacos with Consommé.

Be sure to check out “The Talking Mural,” celebrating the rich cultural history of South 12th Avenue, when arriving at Oasis Fruit Cones. University of Arizona alumni Julie and John Carrizosa opened in 1983 and were the first in Tucson to offer all natural fruit sno-cones. Named Best Raspados by Tucson Weekly every year since 2015, enjoy their unique Mexican twist of shaved ice, fruit juice, freshly chopped fruit, and ice cream (optional) with 15 flavors you can mix to create your own combinations.

If you love Mexican food or are just curious and haven’t eaten your way along South 12th Avenue, you haven’t tasted the whole story of Mexico’s influence.

La Estrella Bakery opened its third location at 901 N. Grande Ave. in the Barrio Hollywood neighborhood. It’s a homecoming of sorts since it’s where Marta and Antonio Franco learned how to make pan dulce under the guidance of their uncle, Sabino Gomez’s El Rio Bakery.

Reilly Craft Pizza & Drink opened its second location at 7262 N. Oracle Road. The expansion was planned for 2020, but the pandemic delayed the opening. In operation downtown at 101 E. Pennington St. since 2012, the original venue recently reopened after being closed for 14 months.

Lindy Reilly is returning to 4th Avenue soon when he opens Thunder Bacon Burger Co. in the former B Line diner space. His menu explores Tucson/Sonoran flavor profiles including fire-roasting chiles for his green chile burgers and locally sourcing his meats and buns and other ingredients. The two-year-old Cafe Francais will bake special hamburger buns and Forbes Meat Company will provide an exclusive grind.

Bruno Girardi will open Perché No in the former Caffé Milano spot at 46 W. Congress St. by early September. When driving through Tucson, the longtime Washington state restaurateur fell in love with the city and ditched his plans to spend his twilight years on a boat in the Virgin Islands. The menu will draw from his northern Italian roots as well as his mother’s French influence. 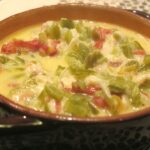 This recipe isn’t made with processed American cheese or canned cheese soup. It’s true to the way it was originally made–the cheese plays a supporting role to the chiles.

1. Melt butter in a heavy saucepan over medium heat.
2. Add onion and garlic and sauté for a few minutes until translucent.
3. Stir in tomatoes and chiles, cover the pan and reduce heat to low. Cook about 5 minutes.
4. Mix in crema or crème fraîche and water; bring to a boil, uncovered.
5. Sprinkle in cheese, stir quickly, cover and remove from the heat.
6. Let stand for 5 minutes. Uncover, stir again if needed to help the cheese melt evenly; add salt to taste. Serve immediately. 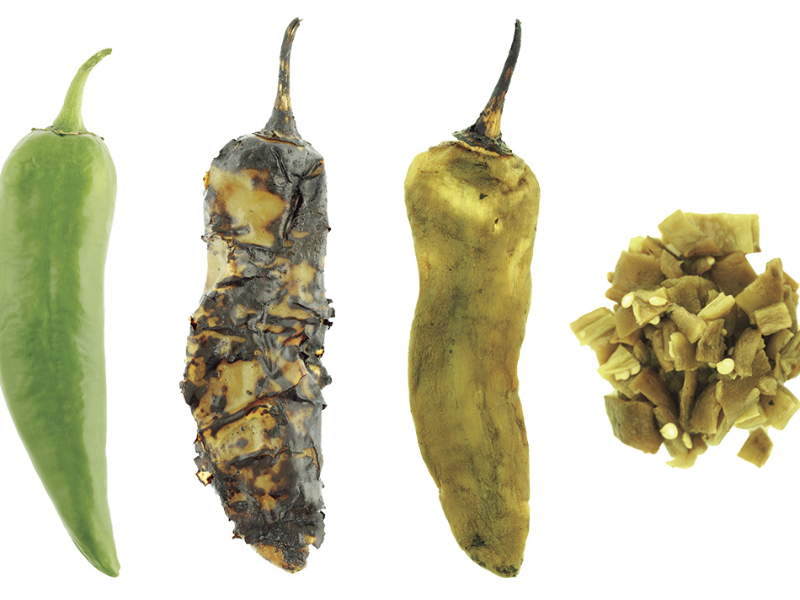 In the Broadway show “The Music Man,” River City, Iowa residents greet the arrival of 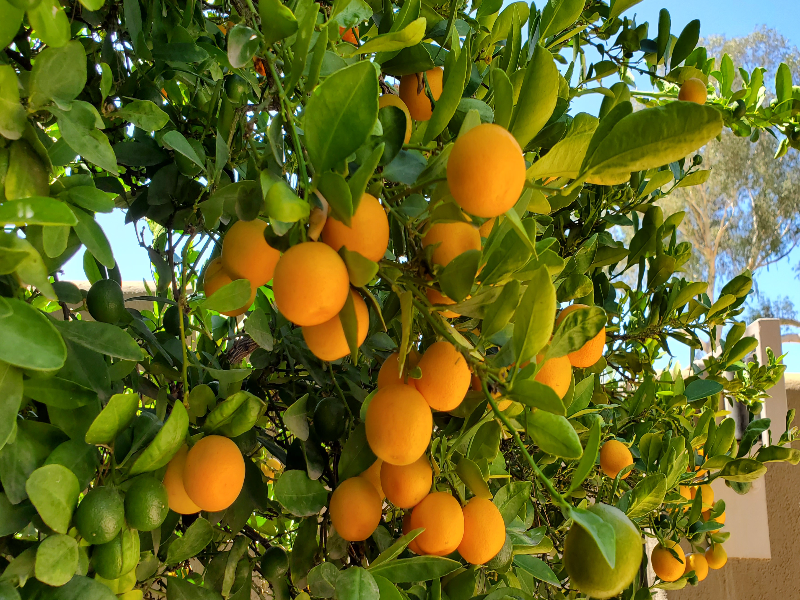 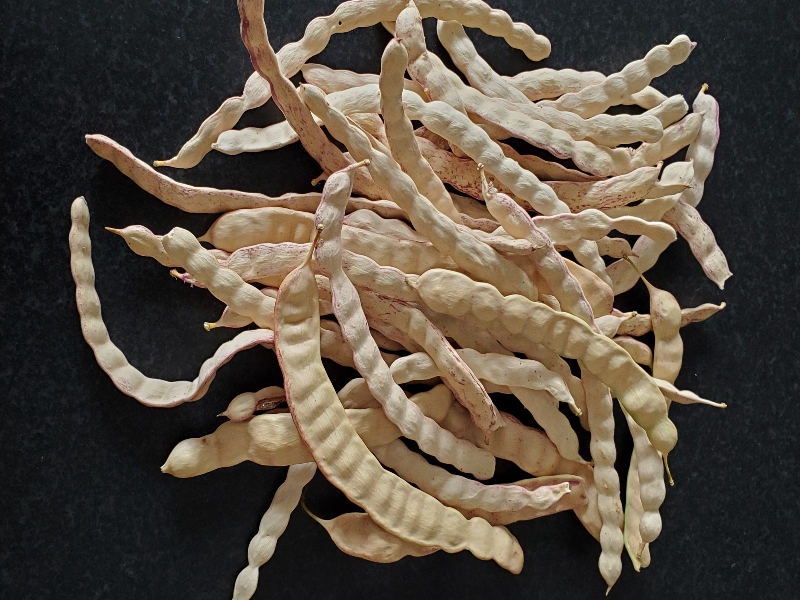