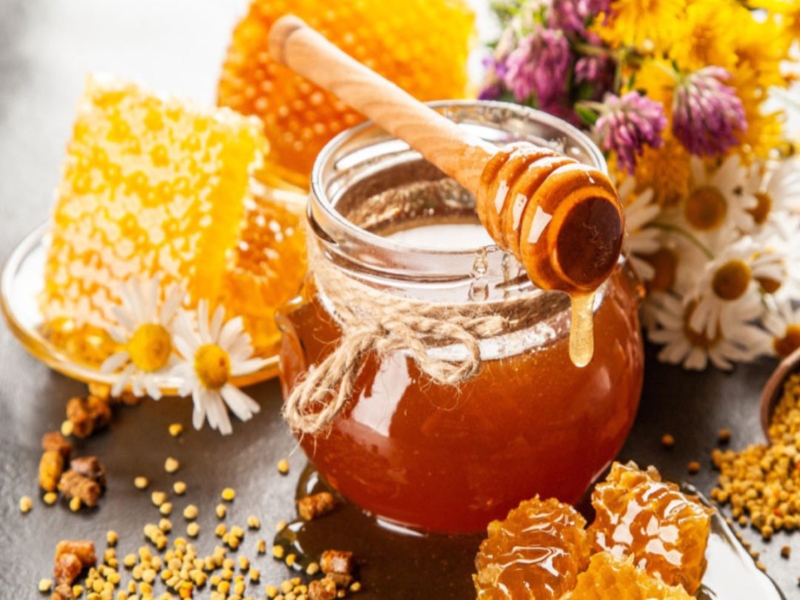 It was a simple sandwich – thinly sliced bakery white bread, a smooth layer of butter and the crowning jewel – honey.

My five-year-old palate was intrigued; I’d never tasted anything so incredibly interesting and delicious. My mom never made a sandwich like that. Its creator was Abbe Rose Cox, an artist who was doing a portrait of my mom and me as a Christmas gift for my father.

From that sandwich, my love of honey was born. Now, honey has joined the ranks of wine, chocolate and cheese as an artisanal obsession.

The oldest written reference to honey dates to 5500 BCE Egypt. But honeybees are far older than the historical record. It’s believed bees were making honey perhaps 30 million years before that.

In ancient Egypt, honey was used by all classes of people, suggesting they mastered beekeeping on a very large scale. Records indicate they built elaborate honey production systems, including specialized rafts to move hives along the Nile River to maintain proximity to flowering plants.

Egyptians used honey as a food sweetener and physicians, once discovering its natural antibiotic properties, made salves for healing wounds. Even the mummified benefited from Egypt’s expert use of honey; many sarcophagi were sealed with wax collected from hives and full honeypots were typically offered as food for the afterlife.

While Egyptians were the first to mass produce honey, they weren’t the first civilization to capitalize on results of honeybees’ hard work. Ancient Spaniards were removing honey from hives about 5,000 years before the Egyptians. In the 1920s, cave paintings were discovered and dated in the Cuevas de la Araña of Valencia, clearly depicting a human figure sticking a hand in a hive to collect honey.

Today, all 50 states and most countries produce honey. In Tucson, Noel Patterson of Dos Manos Apiaries, keeps his honey production humming with hives throughout southeastern Arizona. He maintains some hives at Miraval Arizona Resort & Spa, where he regularly teaches honey tasting classes.

Why should Miraval guests be the ones to have all that fun? On April 27, join Noel for his What’s the Buzz honey tasting class. Noel will guide you tracing what you smell and taste to the flora and exact southern Arizona origin location as you sample 6 different Sonoran Desert honeys on fresh fruits, cheeses and nuts.

You’ll discover how each honey is a unique reflection of the time and place in which it was harvested, exploring and learning how flowers and terroir affects its characteristics. Noel’s also a sommelier, so think of this as the honey version of a wine tasting. 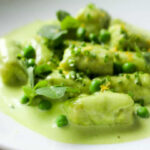 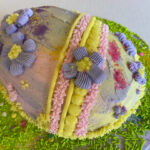 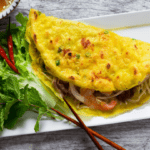 On April 19, celebrate Asia’s vibrant food scene with chef, food writer and photographer Jackie Tran for a food adventure making Bánh Xèo, savory Vietnamese crepes. Bánh xèo is a Vietnamese essential that strangely hasn’t caught on in America like pho or banh mi. But it’s no less tasty or memorable.

Congratulations to Barrio Bread’s owner/baker Don Guerra on becoming a James Beard Award finalist! Outstanding baker is one of the 11 categories for the coveted award honoring chefs, bakers, pastry chefs and restaurants.

Chef Tyler Fenton and his sibling partners, Courtney and Zach, opened BATA, 35 E. Toole Ave., in downtown’s Warehouse Arts District. The menu focuses on fire – all the dishes are touched by fire in some way. Desserts are the creation of Pastry Chef Kayla Draper, formerly of Ares Collective of Prep & Pastry, Commoner & Co. and Flora’s Market Run. The Fenton’s also own the two Riley Craft Pizza & Drink restaurants.

3. In a small saucepan, stir honey and sugar over medium heat until completely dissolved. Pour into seeds/nut mixture. Coat a wooden spoon with nonstick spay and stir until well combined. Spoon into baking sheet. Lay a piece of parchment paper on top and flatten with a rolling pin; remove paper and cool.

4. When cool, remove from pan and remove paper. Cut into squares or bars.