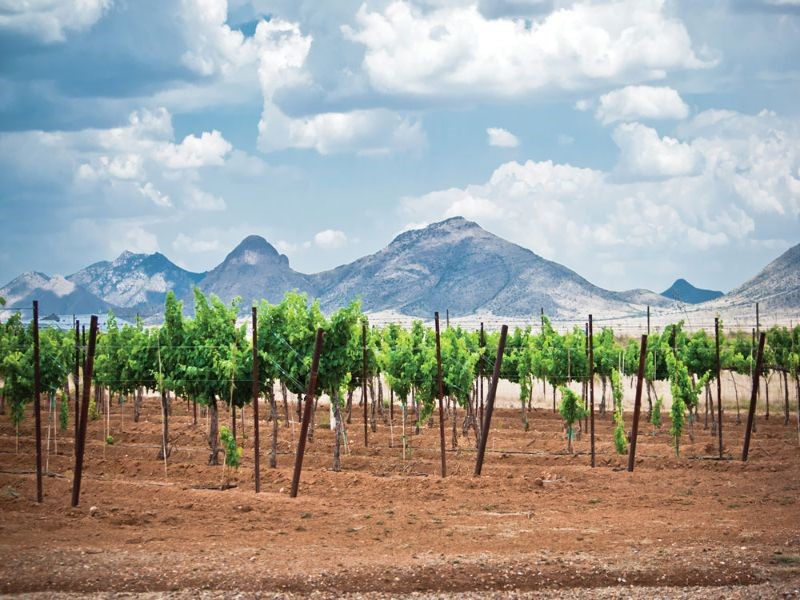 Like many of her generation, my grandmother grew table grapes in her garden. Part of the harvest was made into wine.

When my mom lived in Saudi Arabia, the first thing to sell out when supplies arrived every few months was Welch’s grape juice concentrate. After adding yeast and sugar when it was her turn, voilà, there was wine.

Tonight, millions of dinner tables around the world will have something in common: Wine.

Arizona winemaking has a long and storied history. In 1703, Father Eusebio Francisco Kino had a vineyard for making wine for Mass at his mission in present-day Sonora, Mexico. We also thank him for bringing us one of wine’s perfect pairings, beef.

By the 1870s, as the territory boomed with mining and population growth, farmers were experimenting with viticulture to satisfy demand. Native canyon grapes growing along Prescott’s hillsides were tried. Botanist Charles Perry discovered wild native grapevines in the Verde Valley. In 1880, the first winery was established in Mesa.

Fast forward to the 1970s, when Gordon Dutt, PhD, a soil scientist at the University of Arizona, discovered Arizona has the same unique terra rossa soil, a loamy surface with red clay in the middle and lime on the bottom, as France’s Burgundy region. In 1978, he founded Sonoita Vineyards. In 2006, Elgin’s Kent Callaghan’s Callaghan Vineyards, was named an Arizona treasure.

Want to cook and talk wine with a winemaker? You can on Friday, March 19, from 5:30-7 p.m. with In the Winemaker’s Kitchen with Mark Beres of Elgin’s Flying Leap Vineyards & Distillery. Flying Leap grows a vast portfolio of French, Spanish and Italian wine grapes and produces an array of ultra-premium wines and distilled spirits from its harvests.

The backstory is amazing, too. In the late 1980s, Beres and co-founders Marc Moeller and Tom Kitchens met as freshmen at the U.S. Air Force Academy in Colorado Springs. Following graduation and commissioning, they served their country as pilots in multiple theaters of war and in several different roles and aircraft. In 2010, following their years of service, they performed a tactical rejoin in Arizona to establish Flying Leap Vineyards.

Mark’s gift to everyone who registers is a complimentary wine tasting for you and a guest at any of the six wine venues and a 20% off coupon.

1. Preheat the oven to 325° F. Butter a 6-inch springform pan and wrap the outside with foil.
2. In a food processor, pulverize graham crackers with melted butter and 1 tablespoon sugar. Press mixture evenly in the springform pan bottom and bake 10 minutes. Cool on a rack.
3. In the bowl of a stand mixer, beat egg, egg yolk, salt and ½ cup of sugar at medium speed until pale and fluffy, about 2 minutes. Add goat cheese and beat until smooth. Fold in crème fraîche.
4. Place springform pan in a small roasting pan and fill with the cheesecake mixture. Add enough hot water to reach halfway up the side of the springform pan. Bake about 1 hour and 20 minutes, or until the cheesecake is firm and set. Remove from water bath and cool on a rack. When cool, remove foil and refrigerate until chilled, 2-3 hours.
5. Unmold cheesecake and wrap in a parchment paper collar extending 1 inch above the surface; secure with tape.
6. Pour one of the wines in a bowl; if using rosé or pinot noir, add 1 tablespoon sugar. Microwave on high for about 30 seconds or until sugar is dissolved.
7. In a small bowl, sprinkle 1 ½ teaspoons of gelatin over 1 ½ tablespoons of water and let soften. Microwave on high for 15 seconds, or until gelatin is melted. Add it to the wine and let stand until slightly thickened but not set, about 10 minutes. Pour the gelée over the cheesecake and refrigerate about 1 hour, or until set. Remove collar before serving.