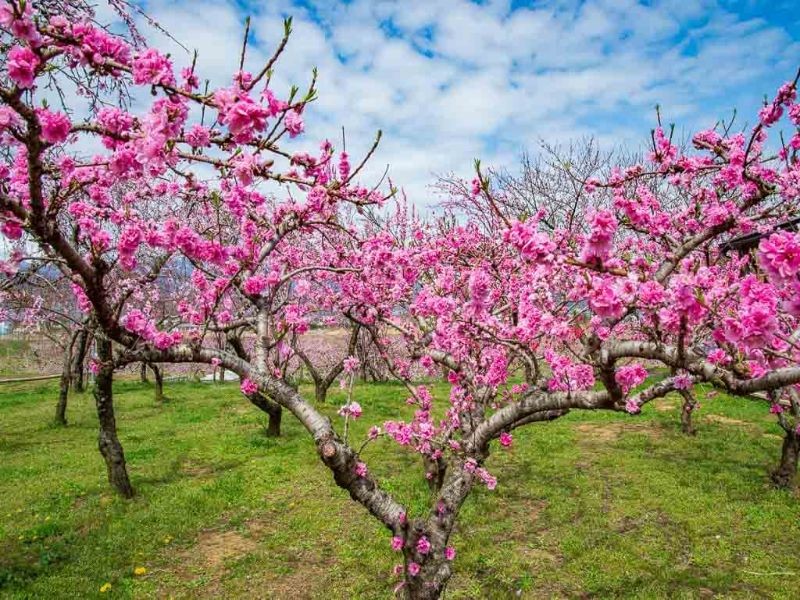 When the calendar turns to July, those of us in Southern Arizona know that means the 18 varieties at Apple Annie’s Orchard in Willcox will soon be ready for picking. Wherever you call home, let the peach mania begin.

It’s pure bliss to have that juice running down my chin, filling my palate with its sweetness. Yellow or white, what’s your favorite?

Peaches are native to northwest China. Archaeologists believe the fruit was first domesticated along the Yangzi River, where fossilized peach stones believed to be from 6000 BC have been found. The blossom was thought to ward off evil spirits and provide vitality so much so that when emperors traveled between towns, soldiers carrying the flowers preceded their arrival. They also hung on front doors at the start of each new year.

After conquering Persia, Alexander the Great took peach seeds to Spain and France. Spanish explorers brought peaches to South America in the 16th century. From there they traveled to England, where the fruit was rare and prized.

In the early 17th century, colonist George Minifie planted North America’s first peach tree at his Virginia home. In 1768, Thomas Jefferson put them in at Monticello. It took another 100 years until they were grown commercially in Delaware, Georgia, Maryland and Virginia.

While Chef Gary Hickey’s July 8 Surf & Turf Tucson Style in-person class at Charro Steak & del Rey is sold out, you can cook along with him from anywhere in the world via Zoom.

On July 30, Chef Rocco DiGrazia honors his roots with A Sicilian Summer Dinner al fresco under the Tucson stars at the lovely Urban Grove. Limited to 30 in-person, you can also join him on Zoom. 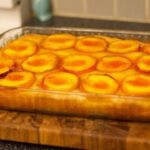 1. Preheat oven to 350° F.
2. Sift the dry ingredients (except cinnamon) together three times.
3. Cut in the shortening. Whisk together egg and milk, then add to mixture. Thoroughly combine. Pour into a well-greased 9 x13-inch pan and cover with peaches. Sprinkle with sugar and cinnamon.
4. Bake 30-35 minutes.