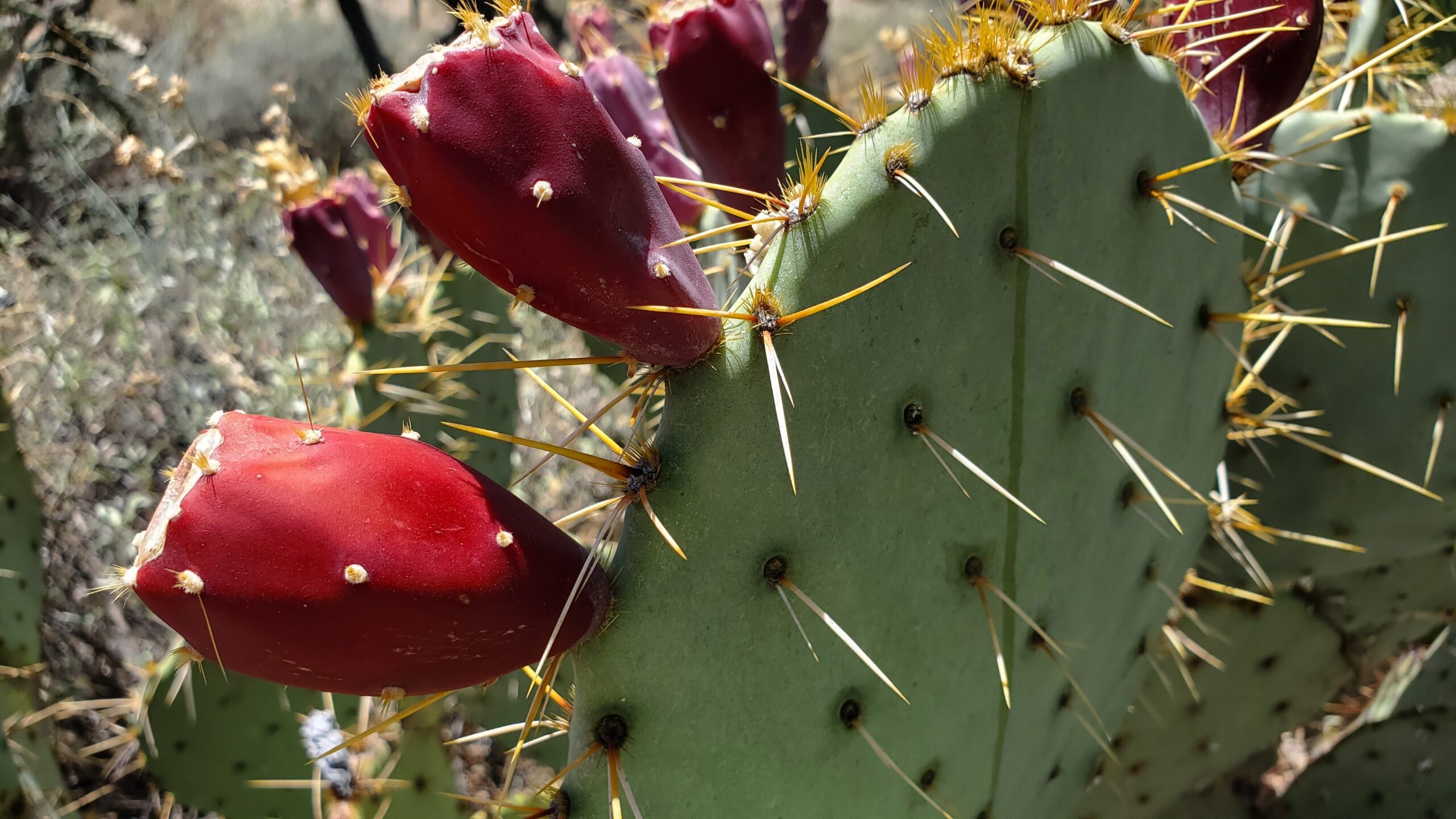 Prickly Pear Fruit – A Jewel of the Desert

Have you ever harvested prickly pear fruit?

Once finished blooming, the yellow flowers from the Engelmann prickly pear (O. engelmannii) almost magically turn into fruits, also called tunas, in glorious colors of orange, pink and magenta. The fruits shine in the desert landscape like rubies on a necklace of prickly pear pads.

The purple-red fruit’s taste is hard to describe other than unique and sort of earthy. My bounty will become jelly, candy and other goodies. When you’re ready to explore great recipes, “The Prickly Pear Cookbook” by Tucson author Carolyn Niethammer is a must-have.

Another must-have: On Sept. 10, from 5:30-7 p.m., Chef Devon Sanner has prickly pear gastrique on the menu with Shaken, Not Stirred – Single Malt Whiskey Tucson Style also with Whiskey Del Bac Mixologist Jax Donahue, as we launch our Zoom cook along classes. Check it, and the rest of September’s classes.

Many believe the prickly pear fruit to be medicinal. For thousands of years Native Americans have been eating, drinking and using it to treat burns. It’s part of Tucson’s 4,000-year-old food heritage that helped us become the first American UNESCO City of Gastronomy.

I’ve been blessed to know and learn from two incredible jelly makers – my Aunt Gene Bilz and Brian Bateman. I don’t think there’s a fruit they haven’t made into divine deliciousness and their skills are so good that their batches always turn out perfect. Me? Not always so lucky, but I keep extra Sure Jell at the ready when a re-do is necessary.

Wishing you much happiness in the kitchen!
Michele 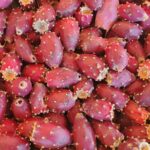 Pick 3 quarts of fruit with tongs, the longer the better to twist off the fruit. Plug a sink, dump in fruit, cover with water, use the tongs swish the fruit around in the water. Let soak at least 30 minutes. Using a slotted spoon or ladle, transfer just the fruit to a large heavy kettle, like a Dutch oven, but don’t drain the water until all the fruit has been removed. The water will contain glochids, those tiny but irritating spines that cover the fruit. Use the tongs to remove the plug.

Fill kettle with ½”-1” of water and put on the lid. Boil the fruit gently until it’s softened. After it starts cooking, use a potato masher to make sure each fruit is crushed open. Continue cooking about an hour until fruit is tender and you’ve mashed each one. Remove from heat, uncover and cool 20 minutes.

Place a large fine mesh strainer over a large bowl. Using a slotted spoon or ladle, begin adding fruit to the strainer and when strainer is almost full, press down on the fruit with the spoon or ladle to extract juice. Empty pulp and seeds from strainer and continue until only the juice in the pan remains. Pour juice through the strainer. 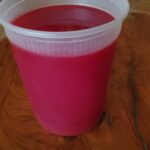 In the large kettle or Dutch oven, add juice, stir in pectin and bring to a boil. Add sugar, stir and boil until mixture “sheets” from a metal spoon or clings between the tines of a table fork. Remove from heat, skim and using a funnel, ladle or pour into sterilized half pint mason jars and immediately seal. Makes 6-8 jars.