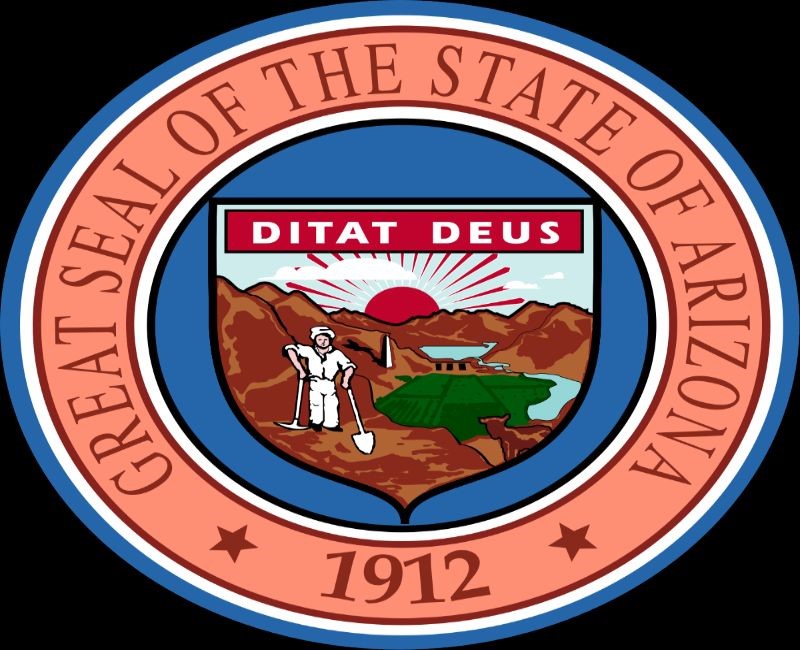 In the early years as a U.S. territory, then after Arizona became a state in 1912 and well through the 20th century, the five C’s: copper, cattle, cotton, citrus and climate were the economic anchors with agricultural, ranching and mining jobs. While their financial impact has changed, they still play a vital cultural role.

In addition to celebrating Valentine’s Day, we’ll honor our love for Arizona on Statehood Day. Did you notice the Great Seal of the State of Arizona incorporates the five?

Whether from your yard or the grocery store, oranges, lemons and grapefruits originated thousands of years ago in Asia, in an area bordered by India, Myanmar and China.

Citrus came to America in the early 1500s with Spanish and Portuguese explorers starting in the West Indies then to Mexico, Brazil and Florida. Father Eusebio Kino reportedly introduced oranges to Arizona in 1707 as Catholic missionaries brought citrus plants from Mexico when coming to Arizona.

Did you know? After chocolate and vanilla, orange is the world’s favorite flavor. Grapefruit grows in clusters like grapes on the vine. Hence, its name. A single lemon tree can produce 500-600 pounds of fruit a year. The tangerine is a variety of mandarin orange.

All this begs the question – what are you making with citrus? I harvested my Meyer lemons and made lemon curd. I’m pondering what’s next for a gorgeous bag filled with lemons gifted to me that were lovingly grown by a master gardener.

Three amazing chefs to cook with next week. Monday’s Gluten Free Valentine’s Love is with the Gourmet Girls dynamic duo of Susan Fulton and Chef Mary Steiger. Friday, Love is on the Menu with Chef Judith Baigent-King, who we know, love and miss her Culinary Concepts shop and cooking school. Saturday, Chef Devon Sanner and his side cook, almost seven-year-old daughter Ariane, return to Celebrate the Chinese New Year of the Ox in a kids and family friendly collaboration with the Children’s Museum Tucson with a bonus free food kit. A side note on the side cook, last week she made a chocolate babka! She’s a shining example of teaching kids to cook and bake when they’re young and kudos to her papa for helping and encouraging her skills.

1. Add 2 tablespoons of kosher salt to each jar.
2. Cut off any lemon stems and about ¼-inch off the top tip. Keeping the lemon attached at the base, cut lemons lengthwise into quarters, first cutting in half, then repeating the other direction. Don’t cut all the way through.
3. Carefully pry the lemon open and generously fill each cavity with salt, then close as much as possible.
4. One at a time, place lemons in the jar and press them down to release their juices. Pack them as tightly as they can fit in each jar. Ensure they’re covered with juice and add extra juice if needed. The squeezing is a good thing as it releases some of the juices.
5. If there’s too much room in the jar, the top lemons could rise up as they soften and you want as little air as possible in the jar.
6. Seal the jar and set on the on the counter for a few days, turning the jar upside down every two days or so. In a couple of days, as they lemons soften, there will be more room in the jar. Salt one or two new fresh lemons (or however many lemons will fit) and pack them into the jar with the others. Cover and set aside for a few days, repeating the entire process until the jar is as full as it can be.
7. When no more can fit, add salt to the top layer. Ensure they’re submerged in juice and as tightly packed as they can be. Press down as much as possible and add extra juice if needed.
8. Put the jars in the cupboard for at least month and up to six months. Turn upside down occasionally. Thicker skin lemons will take longer to soften. The longer they age, the flavor mellows, darkens in color and the texture softens.
9. When ready to use, rinse well to remove the salt. Remove the pulp and any seeds. Thinly slice or chop for use in recipes. Refrigerate after opening.
10. Don’t be concerned if there’s an oily looking layer on top of the brine. Unless mold is present, it’s fine to use. Consider its saltiness when seasoning your recipes.