Did you know their origin is American, with the first mention in “American Cookery,” a 1796 cookbook by Amelia Simmons?

The word cupcake made its debut in “Seventy-Five Receipts for Pastry, Cakes and Sweetmeats, By a Lady of Philadelphia,” published in 1828. The lady, Eliza Leslie (1787-1858), was one of the most celebrated woman authors of her time, writing cookbooks and etiquette books.

Americans of her day were developing an interest in cuisine and social graces and Eliza, and her books, were immensely popular. Her definition of cupcake, however, differs from what we know today. Her meaning referred to measuring the ingredients in a teacup – hence cup cake.

Fast forward to today. Cake artist and chef Annie Berube, owner of CopCake Cakery, creates yummy edible masterpieces. She was a Tucson Police officer who baked in her free time, turning her hobby into a business after attending culinary school and trading in her badge for whisks and spatulas.

On Sunday, Sept. 13, from 10:30-11:30 a.m., she’ll teach Monster Cupcakes Zoom decorating class for kids ages 8-12. It’s the perfect way to engage your kids, nieces, nephews, cousins, grandkids. We’ve even made it incredibly easy for you with a $10 Monster Cupcake Kit with everything needed: 4 cupcakes, 2 chocolate, 2 vanilla; 2-3 pastry bags filled with vibrant colored icing; grass decorating tip and candy eyeballs and sprinkles for embellishing!

I hope you enjoy a cupcake soon. Wishing you much happiness in the kitchen and looking forward to virtually seeing you in class soon.
Michele 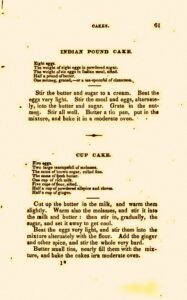 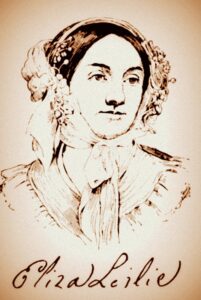 Five eggs
Two large teacupful of molasses
The same of brown sugar, rolled fine
The same of fresh butter
One cup of rich milk
Five cups of flour, sifted
Half a cup of powdered allspice and cloves
Half a cup of ginger

Cut up the butter in the milk, and warm them slightly. Warm also the molasses, and stir it into the milk and butter: then stir in, gradually, the sugar, and sit it away to get cool.

Beat the eggs very light, and stir them into the mixture alternately with flour. Add the ginger and other spice, and stir the whole very hard.

Butter small tins, nearly fill them with the mixture, and bake the cakes in moderate oven.